Being a dog lover, I decided to put together a list of my all-time favorite Movie/TV dogs.

In order to make the cut, I have to have actually seen the movie or TV show on which the dog appears (Sorry, but I have not seen Marley and Me).

I also have to have liked the movie or TV show in question.

So, I’m no particular order, here are my favorite Movie/TV dogs:

The granddaddy of them all, Old Yeller was an absolute boss. Unfortunately he also contracted rabies from a wolf and had to be put down (spoiler alert!) But before that, he went paw-to-paw with a bear, a shit-ton of wild boars and a bunch of raccoons, all while endearing himself to a Texas frontier family while the patriarch is away on a cattle drive.

All Scooby wanted to do was eat Scooby snacks and chill with Shaggy in the Mystery Machine, but there was always some damn mystery getting in the way. He was a big scaredy-cat, but he could sort of talk and was irreplaceable as a sleuth. I mean, there’s a reason the show wasn’t called “Shaggy, Where Are You!”

The younger, more boisterous of the Homeward Bound dogs, Chance is an American Bulldog voiced by Michael J. Fox. When he’s not getting tail-slapped by a porcupine, he’s chasing chickens and learning about life while journeying across the wilderness.

The older and wiser of the Homeward Bound pooches, Shadow is a Golden Retriever voiced by Don Ameche. His dogged (see what I did there?!) determination inspires Chance and Sassy (not a dog) to travel home over the wilderness after mistakenly assuming to have been abandoned by their owners. 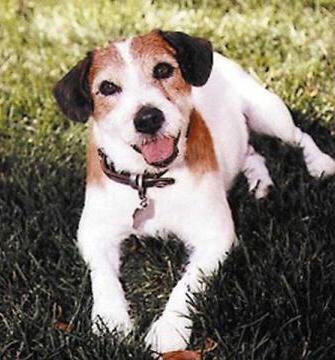 This Jack Russell terrier deserves all the credit in the world for driving Frasier Crane up the wall every time he jumps on the couch, tail wagging. He’s cute, and he always seems to be in the right place just in time for the punchline.

No dog list of mine is complete without mention of my man, Sam Sheepdog. Although he has the benefit of having Ralph Wolf as an antagonist rather than Wile E. Coyote (“genius”), Sam throws a mean punch and has a cool head of hair (you can’t even see his eyes, y’all!) that works better on him than the millions of wannabe tough guys out there. 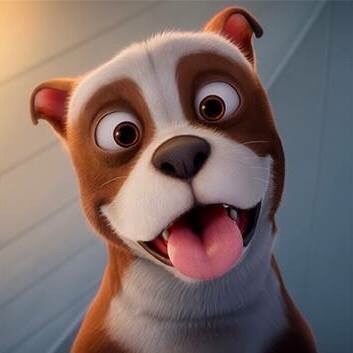 He served in World War I, he captured a German spy, and he’s ADOWABOWL. Stubby was also the subject of a vastly underrated animated film that came out back in April. If you love dogs, you have to see Sgt. Stubby: an American Hero (if it’s still in theaters. Look it up on Facebook).

A cute Golden Retriever…that plays basketball. HELL YEAH! There were at least a billion sequels, but you can’t beat the original Air Bud.

Tramp has some serious game for a stray. He refers to Lady as “pidg” (as in “pigeon”, because “broad” or “dame” was obviously too racy for a 50s Disney movie) and DOESNT get slapped, gets a spaghetti dinner comped at an Italian restaurant and ends up having four pups with Lady at the end of the movie.

Jack Skellington’s supernatural canine pal from The Nightmare Before Christmas. We can really blame all the mayhem Jack causes on Christmas night on Zero’s Rudolph-esque nose, but he’s the cutest dog-ghost of all time (that I’ve seen).

“America’s nightmare; young, black, and didn’t give a fuck.”

Convenience store clerks, carjackers and crackheads know no fury like the pissed-off O-Dog. While he displays a lack of fur, he overcompensates with a swag unparalleled in early-90s Hood Dramas.