I was scrolling through Facebook earlier when I stumbled across this gem: 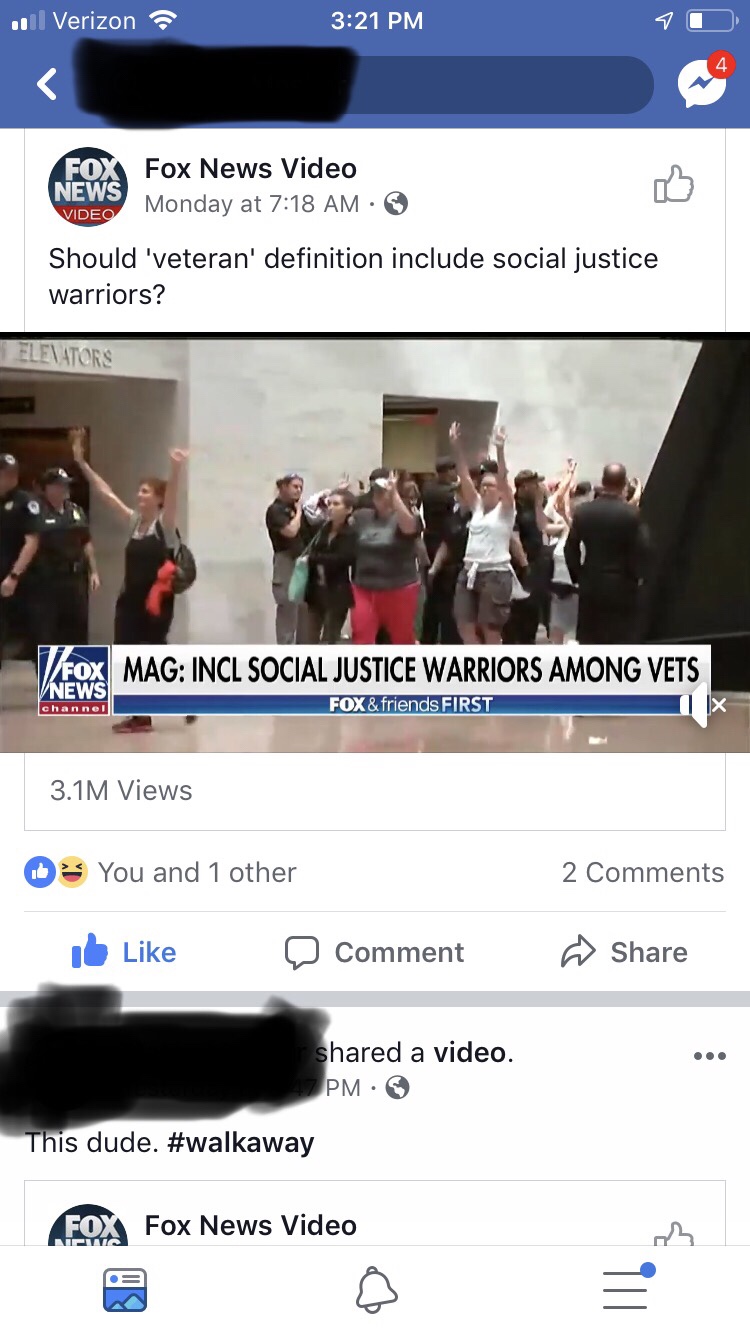 Side note: I’ve got to give kudos to myself for finally figuring out how to use the mark-up tool on pictures.

Anyway, so apparently some columnist wrote about how social justice warriors (SJWs) should be classified as veterans.

You can watch the video here:

Obviously this is the property of Fox News.

This makes perfect sense to me. They should just go ahead form a SJW branch of the armed forces.

At least then the Coast Guard wouldn’t be the most maligned branch.

People who join the military have to go through basic training, right?

Well, SJWs have their own method of basic training: college.

Think about all the sacrifices SJWs make in order to rid the world of racism/sexism/homophobia/xenophobia/transphobia/etc.

They sacrifice energy and time in order to attend rallies and marches, and the government doesn’t even have to PAY them.

They help people register to vote, display their artistic prowess through the signs they make for protests, and sure can launch a wad of spit (especially when facing any MAGA-hat-wearing, Rush-Limbaugh-listening deplorable).

Some veterans lose limbs in combat, but SJWs lose their voices when shouting down people who disagree with them.

Besides, if Confederate soldiers can be classified as veterans, why can’t SJWs?

SJWs never seceded from the Union.

They don’t call them “warriors” for nothing. Many of them have been to Hell and back.

Just think of those SJWs who lived through the siege and subsequent toppling of the Silent Sam statue in Chapel Hill.

Does that compare to the Hell that American soldiers faced on Omaha Beach? Or in the Hurtgen Forest? Or in Vietnam?

Eh, not quite. But it’s not THAT far off.

Think about this: what if a bunch of SJWs had to wait in line for medical treatment at the VA?

We would probably hear about VA reform a lot more than we do now.