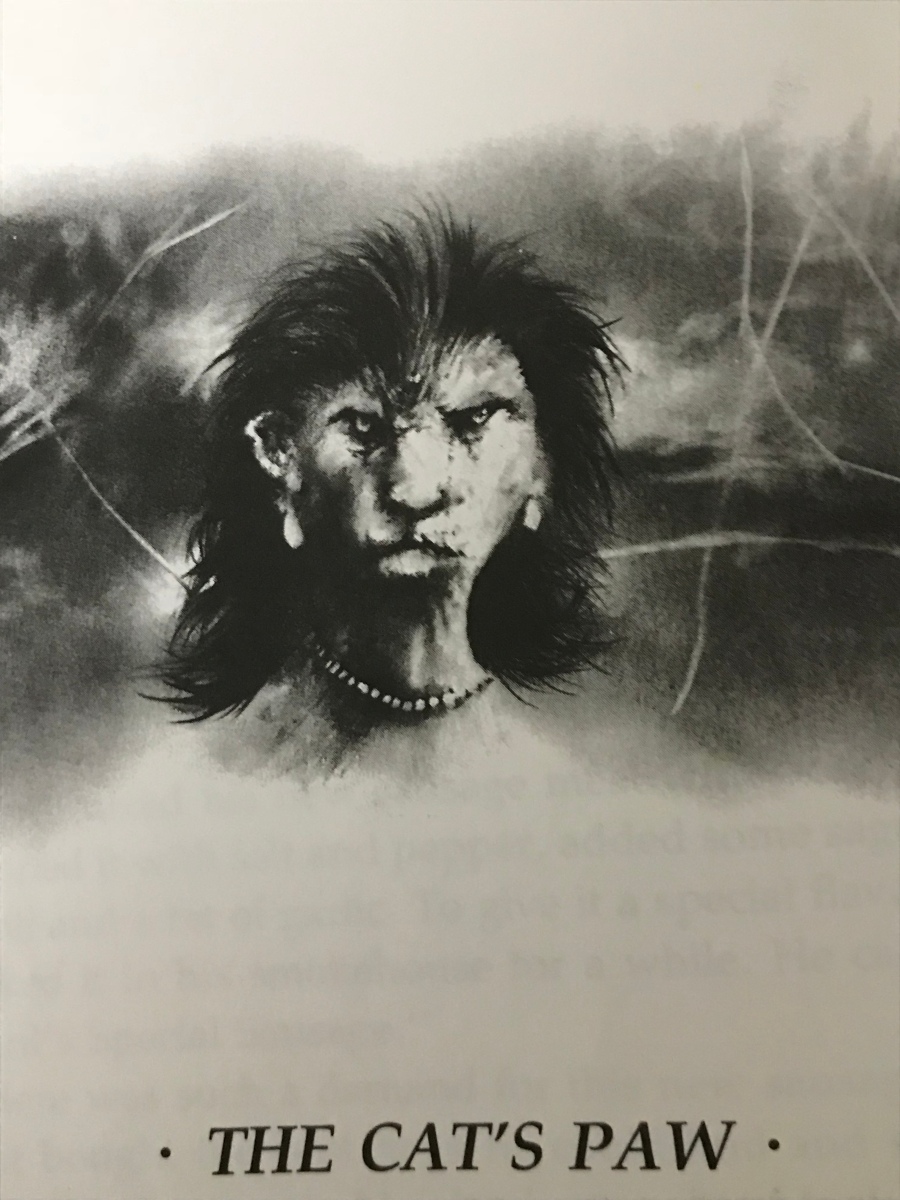 How could I write about Halloween without mentioning Scary Stories to Tell in the Dark?

Or, in this case, MORE Scary Stories to Tell in the Dark?

So, I’m honor of today, I’d like to recall one of my favorite tales from that heralded collection: The Cat’s Paw.

First of all, woooo boy, that Stephen Gammell illustration! Holy shit, that creature looks like a 5th-grade teacher who’s just been told by one of her students that the dog ate his homework.

Anyway, the story goes like this: a dude named Jed notices that someone is stealing meat out of his smokehouse.

Instead of being a whiny little bitch about it, Jed gets his rifle and hides in the smokehouse one night to see what’s what.

So as Jed waits, a big ol’ cat comes in and starts helping itself to some ham.

Jed jumps out and blows off one of its paws (he only fires after the cat lunges at him, though, because he’s not an animal).

The cat, understandably, doesn’t react well to this. So it tears around, “spittin’ and yowlin’…” and escapes through the chimney.

When Jed looks down to see the cat’s paw, it’s gone; instead a bloody woman’s foot is laying on the floor (okay, how does he know it was a woman’s foot? Were the toenails painted or something?)

“So it’s a witch that’s been doing it,” is Jed’s thought.

A chick who turns into a cat? Yeah, it sure sounds like a witch to me, Jed.

Turns out it was his neighbor’s wife.

Nothing about this story is particularly scary, except for the damn illustration, which is one of the scariest pictures in the entire Scary Stories collection (second only to one in The Dream, in my humble opinion).

But it’s also pretty awesome, because Jed doesn’t take any shit, unlike many other characters in horror stories.

The morals of the story are pretty simple: meat is important, don’t steal, and shoot cats who try to steal your meat.

Although it would have been more bad-ass if Jed had used a flamethrower.