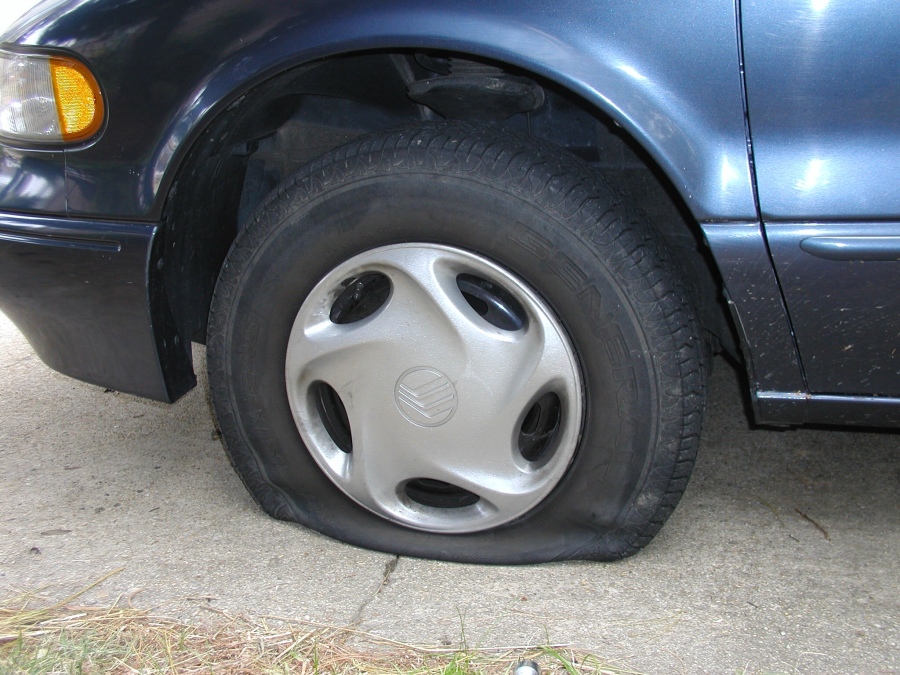 It was bad enough that it was Monday.

It was bad enough that it was supposed to rain.

It was bad enough that it was cold.

It was even bad enough that I had an appointment with the Dermatologist scheduled for 9 a.m.

But that amount of bad just wasn’t bad enough, I guess.

Sure enough, the tire was flat.

There was a pin-sized hole in the sidewall, so I wouldn’t be able to patch it, either.

Apparently duct tape won’t do the trick. I already thought about that 😒

That still doesn’t make sense to me. Those of you who are car-savvy (which doesn’t take much compared to my vast lack of automobile know how) are probably thinking, “Well, Zach, the sidewall of a tire is much thinner than the treads, so of course you can’t patch a hole there because it will never hold.”

You mean to tell me there’s no combination of duct tape, Flex Seal, Fiber Fix, Super glue, and liquid nails that won’t do the trick?

Side note: is there anything flat in life that’s actually good?

So hooray for flat tires on cold, rainy Monday mornings!

Yet, life is still good 😊