I’m not what you would call a Carolina Panthers fan (at least it’s not the damn Tar Heels), but if someone gave me tickets to a Panthers game, then hell yes I’d go.

My girlfriend at the time (now wife) won tickets to the Panthers 2016 home opener when she still worked for Time Warner Cable, and she offered to take me!

That’s how I knew she loved me; she DID NOT LIKE FOOTBALL, AND STILL DOESN’T, yet she offered to go spend the weekend with me in Charlotte and go to a friggin Panthers game!

Not only that, but they were going to be playing the San Francisco 49ers, and this was right around the time Colin Kaepernick started kneeling during the National Anthem. So, naturally, I wanted to go see if he really was the Anti-MURICAN traitor people said he was (spoiler alert: he wasn’t). 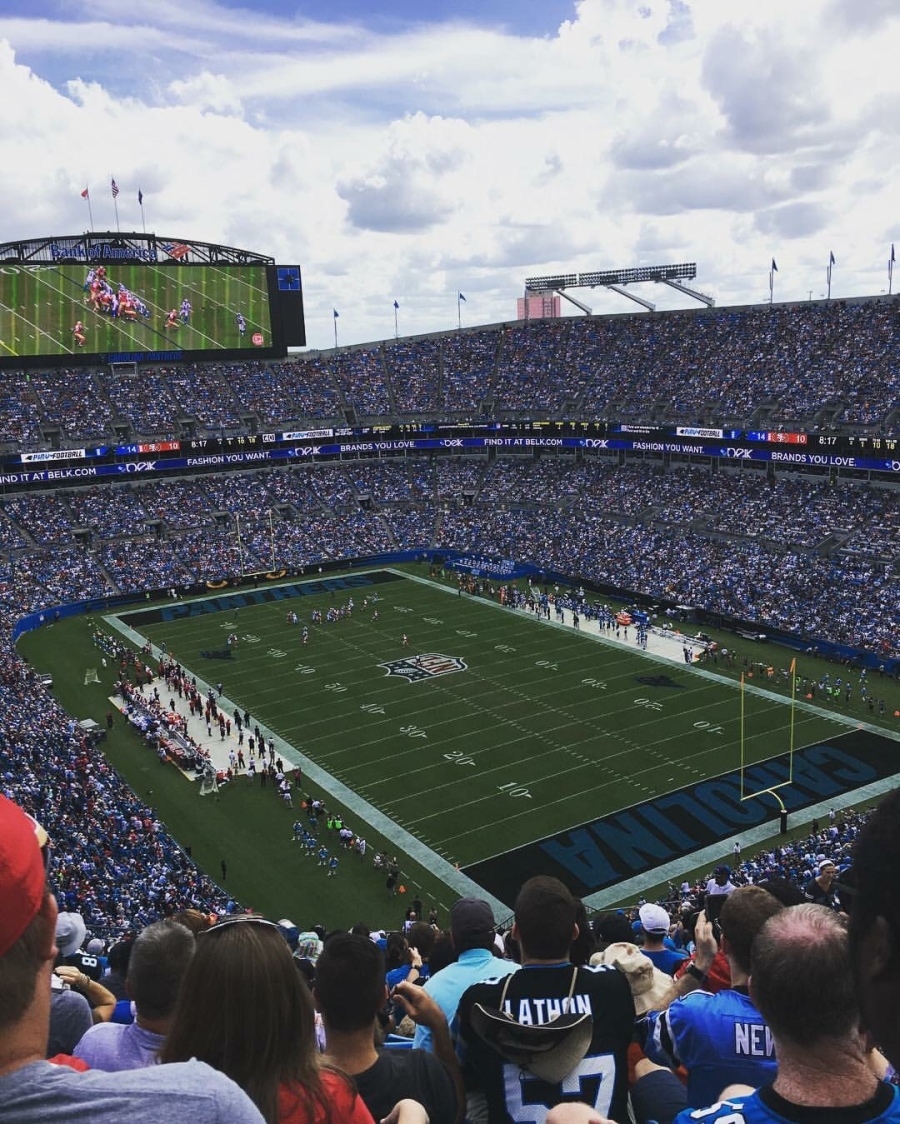 So we had a fun weekend in the Queen City, starting with a trip to the Rock Bottom Restaurant & Brewery (no Dwayne Johnson, though, what the hell?) on Saturday and then the game on Sunday.

There were two things we didn’t take into account for the game:

2. It doesn’t start cooling off in North Carolina until October (if we’re lucky) so it was well into the 90s by kickoff, with no cloud cover. 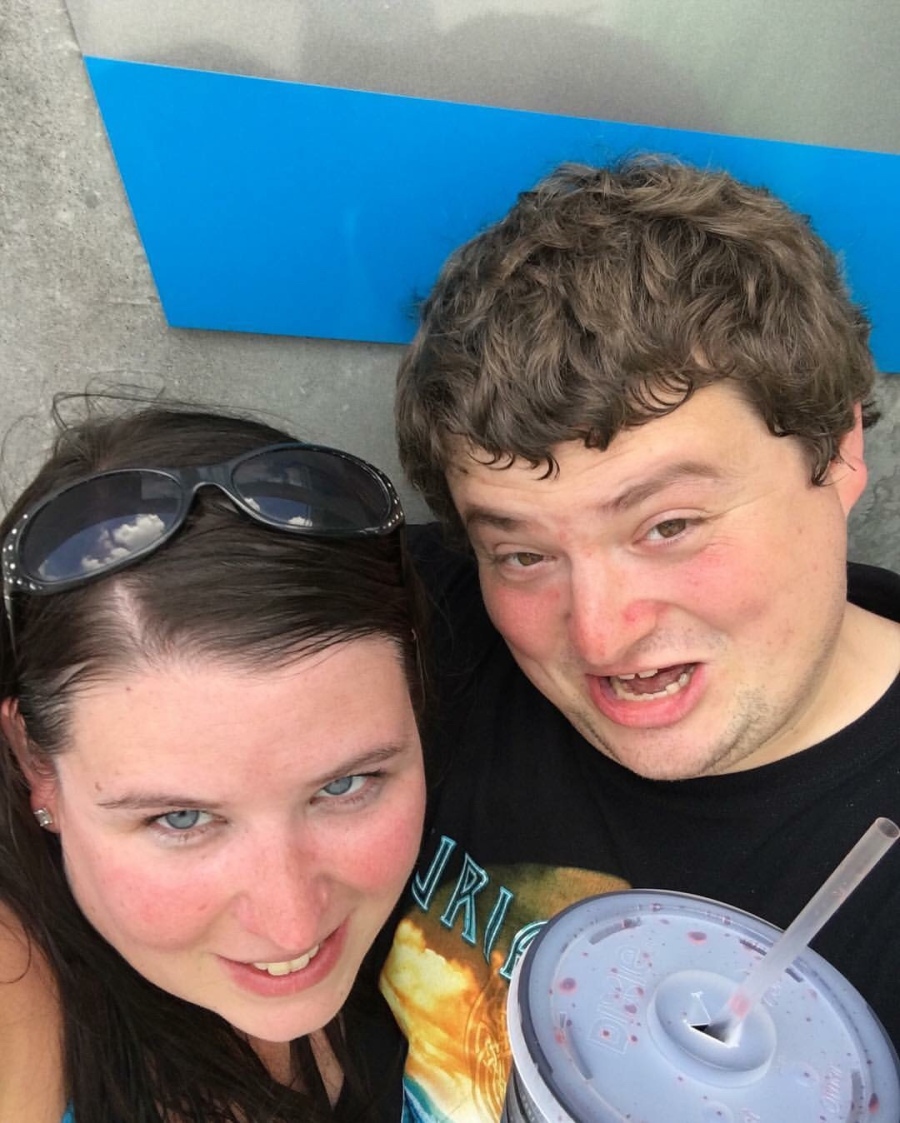 Here we are, sitting in the very last row of Bank of America Stadium, roasting our tushes off with only a slight reprieve from some wildly expensive beer and a large cup of Gatorade, or Powerade, or whatever the hell kind of ade it was.

I wouldn’t mind going back and changing my facial expression in this picture (I blame the beer), but I do love that Uriah Heep shirt I was wearing (early-70s rock group).

It was nice to see the Panthers win (although I’m not a fan per se, I always like to see them do well), but it would’ve been a lot cooler if Kaepernick had played (he backed up Blaine Gabbert 😂).

It was the first and last NFL game my wife would attend with me, and she made that quite clear on the drive back to Cary.

She told me if she ever got free tickets again, she would just give them to me and let me take a friend along.

It’s a win-win. She gets to avoid football, and I get free tickets to go watch football 😀.