Well, how about that?

I can’t remember the last time it snowed here in December!

Snow makes everything look more idyllic than it actually is, especially before it gets slushed up by boots, tires, paws and shovels.

Yet whenever I see snow, my first thought is always of The Wendigo, from Scary Stories to Tell in the Dark: 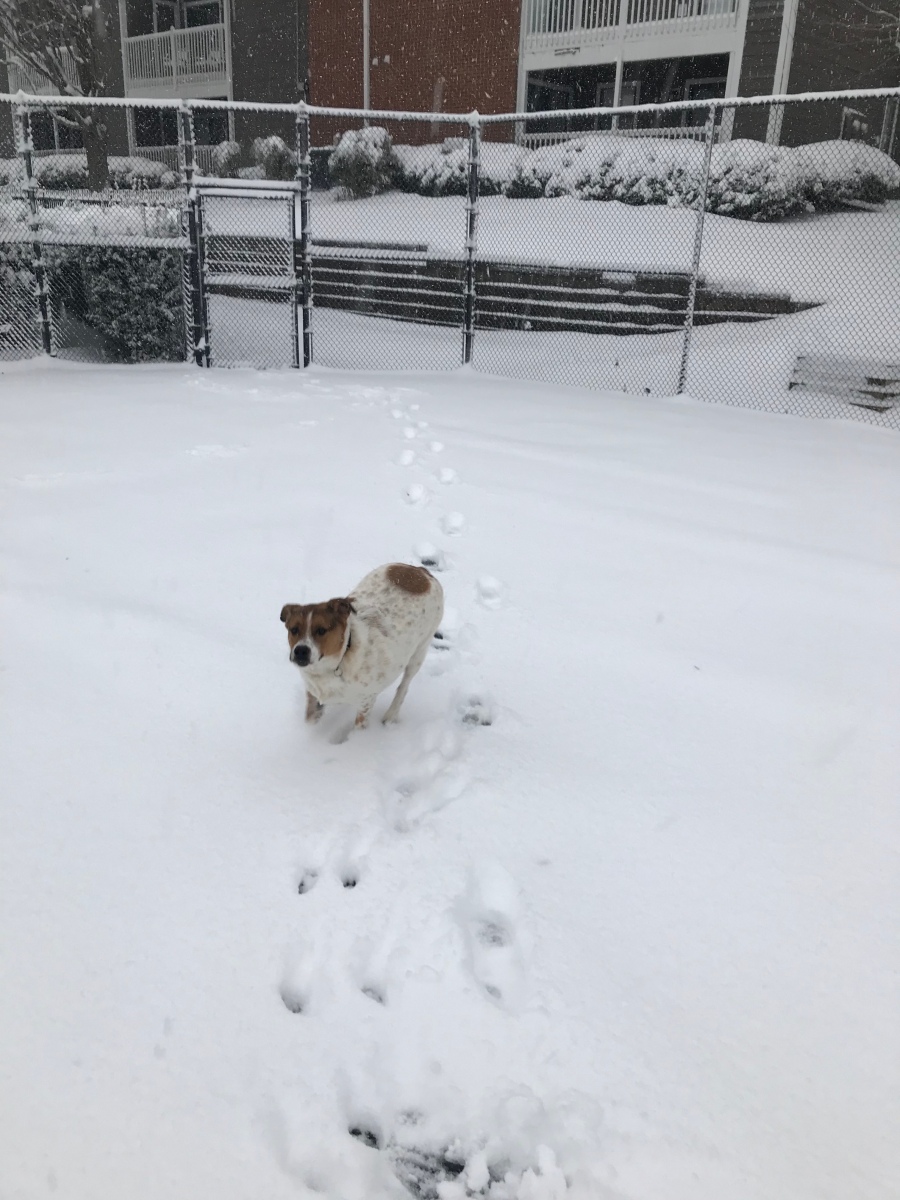 Mr. Miles has an absolute blast in the snow. If there’s a few inches, he’ll gallop around in it almost as if he was a horse (fortunately he’s not. Being an almost-70-pound Jack Russell mix is challenging enough).

Crackers, our Rat Terrier, likes to run around in the snow too, but we have to keep a sharp eye on him, because he thinks he’s slick.

Earlier this year, when my wife and I took the dogs out in the snow, Crackers laid on his back and started sliding around in the chilly, white fluff.

“Indeed, he is being ADOWABOWL!” I replied.

It didn’t occur to either of us what he was REALLY trying to do until we heard that disconcerting click as the leash detached from his harness.

And just like that, Crackers went lickety-split off into the night.

Yeah, chasing this mostly-white punk, at night, in the snow, is not the most pleasant experience.

Except I don’t think the power ever goes out in a Hallmark movie.

There goes my football watching 😒.