Today, it’s on to Cleveland!

We’ve got jumper cables, a spare tire, an industrial jack, a full tank of gas, and Amazon Music (you’re wrong if you don’t think were gonna blast “Country Roads, Take Me Home” as soon as we get to West Virginia).

Well, as soon as Boo-Thang wakes up, that is.

Surely you didn’t expect ME to perform the daunting task of waking her up, did you?

Not a snow’s chance in Hell 😂.

Speaking of which (snow, not Hell), I hope it snows at some point while we’re up there. The forecast has been iffy, and it may not actually snow, which would be bullshit.

Marrying a Cleveland gal was supposed to guarantee me a White Christmas every year. You know, to make up for all those times I was crushed as child when I woke up on Christmas morning in North Carolina and it was 50 degrees and sunny.

If it doesn’t snow, I’ll just blame it on the Browns who, due to winning more than one game this season, are HOT HOT HOT.

Anyway, it’ll be nice to spend another Christmas up there. Visit with family and friends, drink (not with family, though, my in-laws don’t drink), hopefully watch the Cavaliers beat the Chicago Bulls on Sunday (thanks to LeBron James leaving for LA, tickets are actually affordable this year), and just enjoy some time away from home.

I will miss Miles and Crackers, though. Even if they drive us up the wall, they’re still ADOWABOWL 🐶. 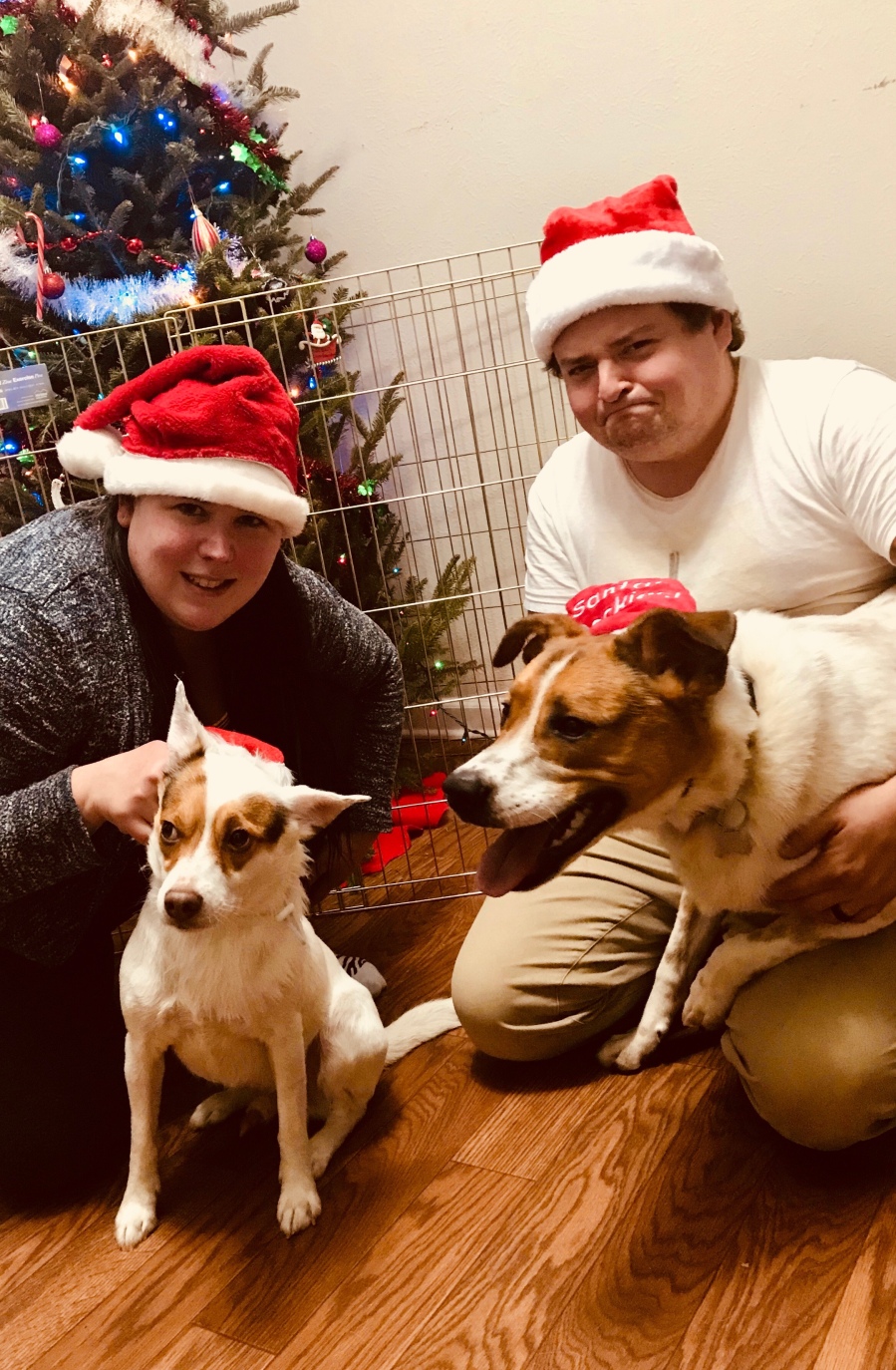 (You can tell Crackers is just pleased as pudding in that Santa hat/beard combo).

So here’s to another year of Cleveland Christmas tradition! 🎄 🍻

Stay safe, all you fellow travelers (and fellow people in general)!