(I’m talking about the original Ninja Turtles movie from 1990, not the Michael Bay CGI-fest, FYI) 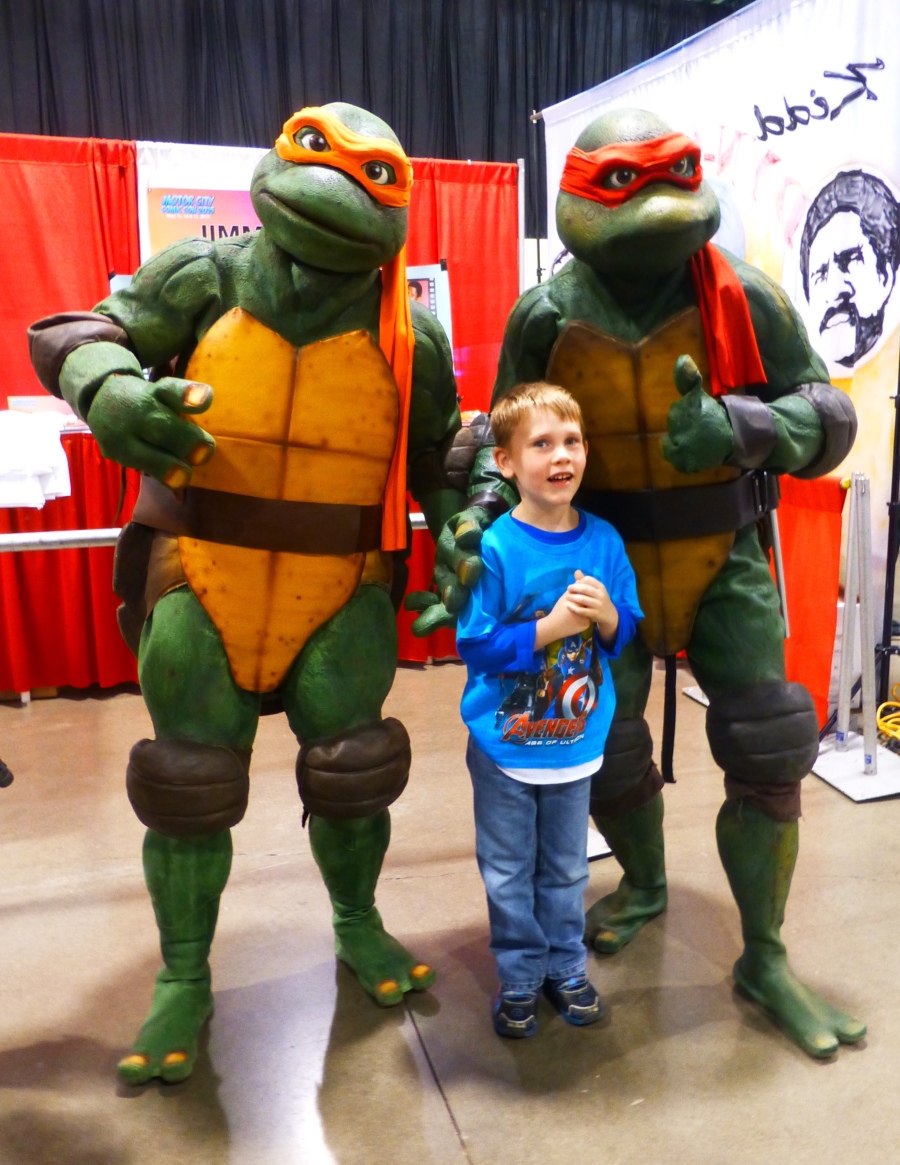 Have you ever seen a kid look this excited over a Nicholas-Sparks-inspired movie?

Don’t get me wrong, The Notebook is a decent movie (and no, I’m not saying that out of obligation to Boo-Thang), but it doesn’t hold a candle to Teenage Mutant Ninja Turtles.

I mean, sure, Rachel McAdams is pretty, but those green turtle costumes were (and honestly, still are) fucking LEGENDARY.

Boo-Thang took one look at those costumes and used a word I’m not 100% sure I’ve ever heard her use:

It starts with “r” and ends with “tarded.”

How dare she! In this day and age, for her to use THAT word to describe the glorious Teenage Mutant Ninja Turtles movie?

How dare she talk that about Leonardo, Michelangelo, Donatello, and Raphael!

You might be asking yourself (if you’re reading this):

“Zach, what in the world brought this on?”

Well, The Notebook is on Bravo tonight, and Teenage Mutant Ninja Turtles is on Amazon Prime.

Boo-Thang and I already watched Safe Haven (another Nicholas Sparks-based flick) on Bravo, so I thought maybe she would be open to a change of pace with the Ninja Turtles movie.

She didn’t even laugh at the scene where Michelangelo orders pizza over a pay phone (a pay phone? What’s that?!):

“Oh, and no anchovies, and I mean NO anchovies. YOU put anchovies on this thing and you’re in big trouble, okay?”

I understand she didn’t grow up with the Ninja Turtles aura, but the movie was released in 1990, so of course those latex turtle costumes are going to look campy now!

But that adds to the movie’s charm, if you ask me.

There are plenty of romance movies like The Notebook out there, but there’s only ONE Ninja Turtles movie that stars Josh Pais and Elias Koteas and was partially filmed in Wilmington, NC.

Personally, I think The Notebook would have been more amusing if McAdams fell in love with a man in a turtle costume:

“Donatello, I love you!”

It sounds more entertaining than The Shape of Water…right?

Alas, I’m not the kind of husband to subject Boo-Thang to a movie she’s not interested in at all.

So now we’re watching The Notebook.

I can handle it.