Mmmmmmm, today is a good day to: 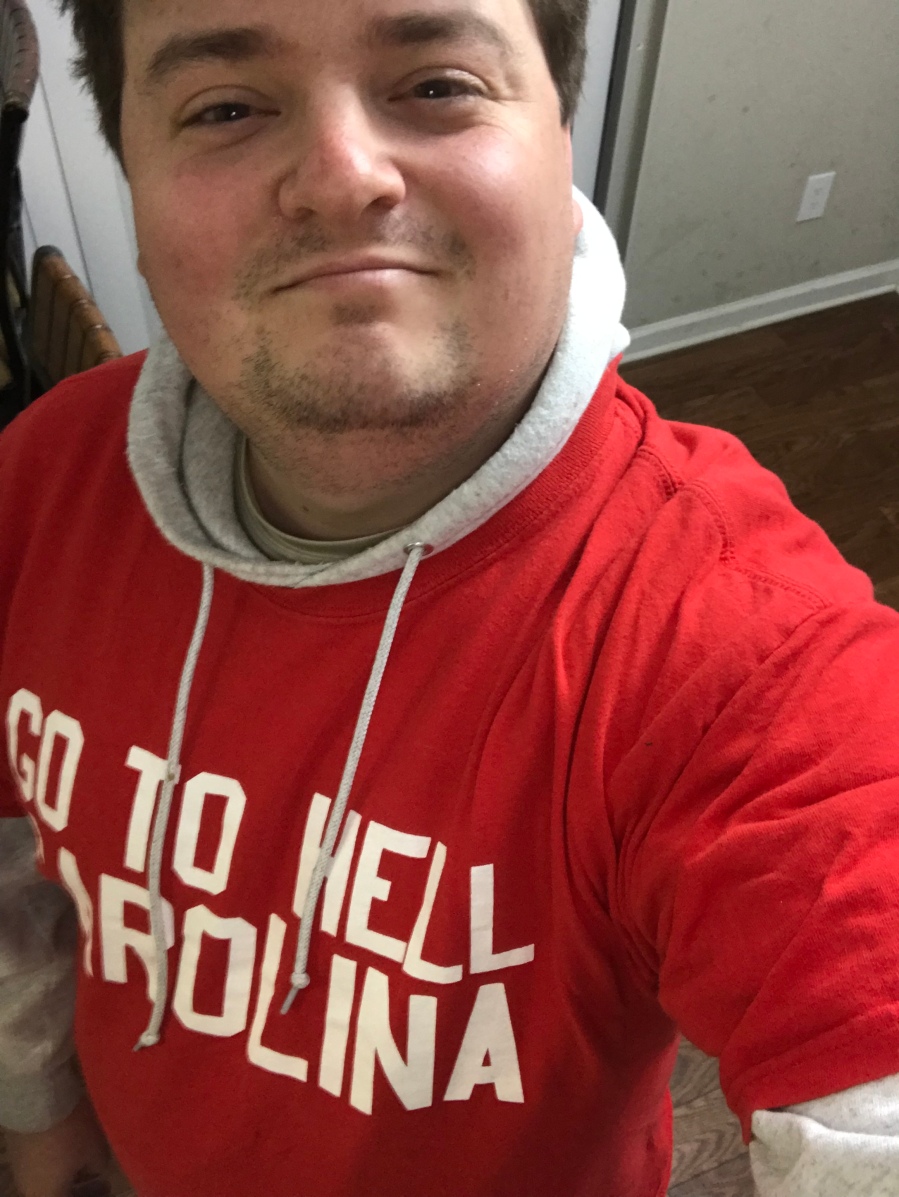 Tonight, the 15th-ranked NC State basketball team squares off with the 12th-ranked UNC squad in Raleigh.

Against my better judgment, I’m planning on watching the game.

Also against my better judgment, I’m going to have some friends over to watch the game with me.

Don’t worry, they know when to duck.

I will say that I have already watched two State basketball games on TV this season, and the Wolfpack won both of them (against Auburn and Miami, respectively).

More importantly, no furniture, cans or bottles got thrown during either contest. By me.

But this isn’t just any game; this is State-Carolina.

If you have followed my blog in the past, then you know that UNC ranks right up there with Sublime and Star Wars Episode III: Revenge of the Sith on the list of things I really don’t care for.

If you HAVEN’T followed my blog in the past…

I hate UNC as much as I hate Sublime and Star Wars Episode III: Revenge of the Sith 😉.

If the Tar Heels were playing ISIS in a basketball game…then I might just have to pull for ISIS.

Actually, one of the first things Boo-Thang and I bonded over was our mutual hatred for Chapel Hill (the home of UNC).

Tar Heel fans have this tendency to view Wolfpack fans as rubes/bumpkins, which is ironic considering how fast the UNC merchandise flies off the racks at Walmart.

I’d rather be a rube than a prick, though. UNC uniforms have fucking ARGYLE in them, and what’s more prick-ish than THAT?

But at least State’s colors aren’t baby blue and white. Nor do State’s uniforms feature ARGYLE.

At least State fans know how to tailgate.

At least State fans show up for games regardless of how good or bad their team is.

Yes, I know UNC has 6 championships (if you count that “title” from the 1920s to make it 7 then you’re a moron) to State’s 2, but some of that MIGHT have to do with the NCAA turning a blind eye to rule violations on UNC’s part.

Anyway, State is ranked 15th right now, but it doesn’t feel like a fluke.

I don’t feel like this is the same old Oh-my-God-when-are-we-gonna-choke Wolfpack basketball team.

So come 9 tonight, I will be cheering on my Wolfpack and cursing every single time the Heels score. Or draw a foul. Or force a turnover. Or do ANYTHING good.

But I promise I will not throw anything at the TV, because Boo-Thang knows how to shoot.