Don’t worry, I didn’t set a dog attack up so I could capitalize on its trauma by blogging about it. Honest.

Allow me to paint a picture for you:

It was a cold, rainy morning when I stepped out of the apartment with Miles, my Jacked Russell. Aside from the pitter-patter of the rain, all was quiet.

Neither one of us really wanted to be out, but it had to be done. If I was to let Miles poop in the apartment, then that would be the stinkiest of slippery slopes.

As we were making our rounds through the apartment complex, we came across another dog. It looked like a Dachsund mixed with some sort of terrier, maybe.

And unfortunately, it was also leash-free.

It was sniffing at the ground about ten feet from someone’s back patio at the top of a small hill, so I just assumed that the dog’s owner was on the patio keeping an eye out.

Other dogs have to poop too, I suppose.

Welllllllll, you know what they say about people who assume things.

Miles, being the lover of all other canines that he is, eyed the dog curiously, but it had yet to notice us, as it continued to sniff the ground.

I started to pull Miles off in the other direction when the Dachsund mix ran down the hill and straight up attacked Miles.

Now, Miles is a sweet dog, but I can’t imagine he appreciated that very much. So he started snapping back.

There I was, between a Jacked Russell and an aggressive Dachsund, trying to separate the two while keeping Miles on his leash.

A lot of growling and yelling ensued, and the Dachsund nipped my thumb.

I finally pulled them apart and grabbed them both by the collar. The Dachsund started to calm down a little.

I decided I would just walk them both to the apartment by their respective collars, one on either side of me. I assumed they wouldn’t have enough room to start back up.

There I went assuming again 😒.

The Dachsund didn’t like being held by the collar, so he let out a yelp and snapped at me.

I had had enough of that crap, so I planted my foot under its belly and lifted it up just enough to push it away (I did NOT kick it), and then I started running with Miles back to the apartment.

That damn Dachsund followed us the whole way, nipping and growling.

I managed to get Miles inside before he could lunge back, and I flew in right behind him and slammed the door.

Woo boy, was I confused. Where did that dog come from?

I thought for a moment, and realized that it looked just like a dog that lived in the building adjacent to ours.

If it was, then how the hell did it get out of the apartment without its owner knowing? It was too stocky to fit through the patio railing.

I looked down at Miles. He had a patch of blood on his chest.

Now I was just pissed.

I cleaned Miles up (fortunately there were no wounds that I could see), then stormed back out to look for the Dachsund.

I wasn’t going to hurt it, but I did want to see where it was and maybe call the ASPCA, or maybe find out who its owner was and give him/her a firm lecture about LOSING YOUR DOG FROM AN APARTMENT.

But there was no trace of it. Not one.

What if it was a ghost, like The Little Black Dog in (More) Scary Stories to Tell in the Dark? 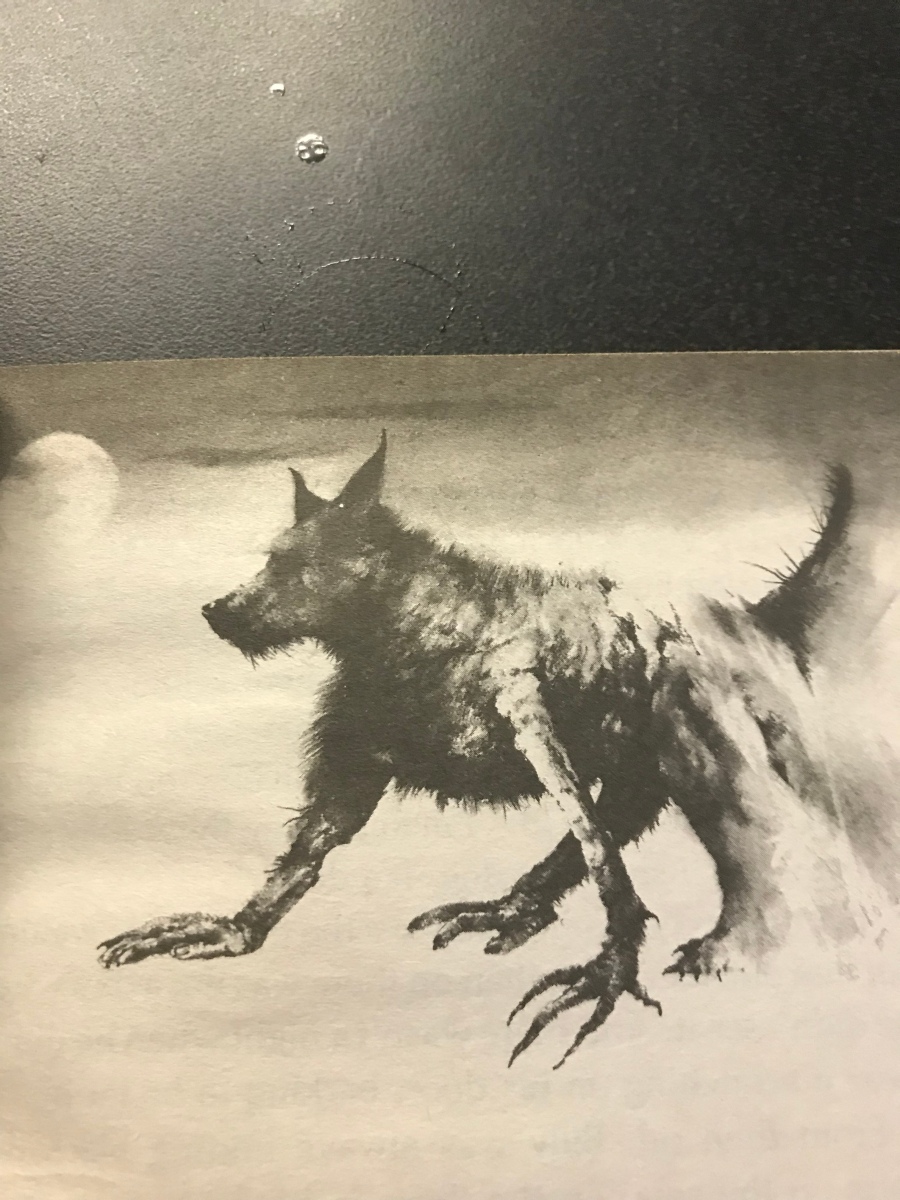 Nah, not a chance.