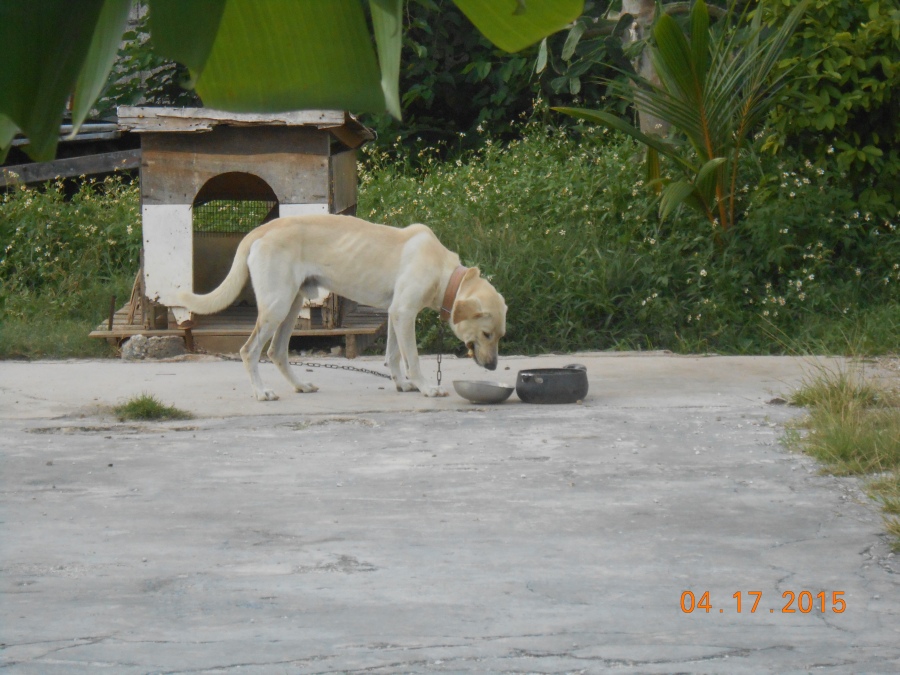 (I know, I know, there’s no snow in this picture)

Ladies and gentlemen, dog owners (if you don’t love dogs then why would you own one in the first place?) and those who aspire to become dog owners, since it has been a bit chilly lately, I think it is worth repeating:

Don’t leave your dog outside overnight.

It amazes me how many people still do this, it really does.

Back in early 2017, I ran a pest control route that stretched from Northern Durham all the way to Littleton (right by the Virginia border), and I saw WAY too many dogs chained up outside.

Granted, a lot of folks living in that area aren’t exactly sleeping on Benjamins, but still.

If it’s cold, take your dog inside.

If you have a hard enough supporting yourself, then (wait for it) don’t get a dog.

During one of my last days on that route (in Oxford, if I remember correctly), I was spraying around a customer’s house when I came across a dog skull.

Just sitting there on the ground. No one bothered to bury it. A fucking dog skull. With a couple of teeth missing.

Woo boy, that pissed me off! 😡

Okay, so I had no idea what actually happened to that dog in the first place. I’ll admit that. Maybe it just died of old age, right?

But for all I know, it may have frozen to death after being left outside overnight.

What’s worse, is there was another dog TIED UP OUTSIDE BEHIND THE SAME HOUSE.

I would’ve asked the resident about it, but there was no one home.

It was probably better that there wasn’t. For their sake.

If I’d had a blowtorch then I would’ve taken the dog with me, but for some reason my pest control company doesn’t supply me with one.

There are too many shit-guzzlers out there who treat “man’s best friend” more like “man’s second favorite gas station toilet seat,” and it bothers me.

If you aren’t mature or responsible enough to take care of a dog, then don’t get one.

Y’all stay warm…with your dog, if you have one!

Howlers Musings and a Shadow's Lies

Things I Thought, True or Not

simplyemsblog
Mommin' in the Real World

Every Day is a New Adventure

Your most important show!

If left in solitude, man would drive the world into an emotionless destiny. But, we at GOE will never let humans become devoid of Humanity. Because: "The World needs co-operation, not competition..." - Vedant Dasgupta

Be careful, I might convince you.. You are art.✨

Jordan and Eddie (The Movie Guys)