Did anyone else catch that Saints-Rams NFC Championship last weekend?

But if you watched the game, then surely you remember the controversy involving those missed pass interference calls against the Rams late in the 4th quarter.

Now, I don’t know if this is some sort of practical joke or what, but apparently some disgruntled Saints fans are trying to sue the NFL! 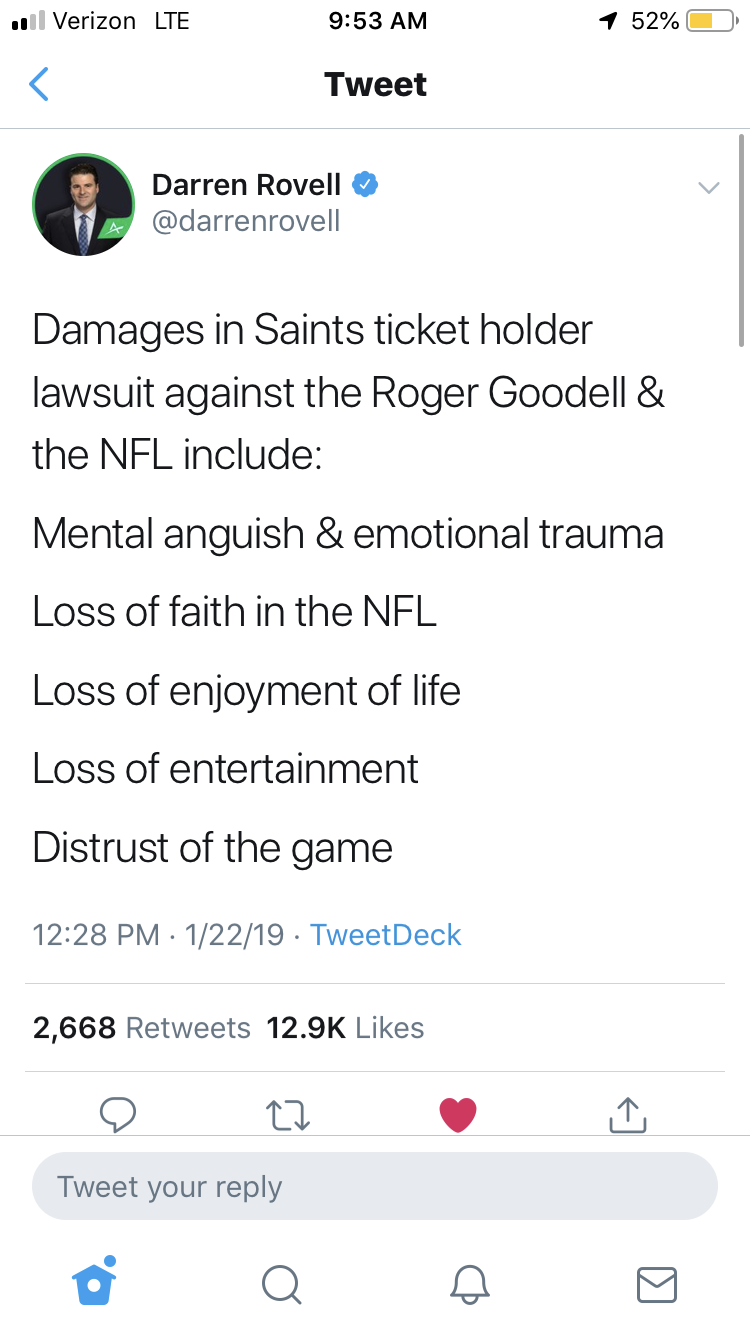 I’m extremely tempted to just tell those fans to get the fuck over it, but then I started thinking a little.

If this becomes a thing that fans can do, and benefit from, then I could file a lawsuit for the same reasons.

And there’s two organizations I would LOVE to sue:

The former is easy to explain. As an NC State fan, I’ve lost count of how many times my Wolfpack has lost a game based on bad officiating.

I could easily argue mental anguish and emotional trauma, here. Just ask my parents about the holes in the furniture, or the TV remotes stuck in the wall (don’t worry, I’ve grown up a bit since then).

None of that would’ve happened if State had WON.

Besides, NC State hasn’t won a national title in basketball since 198-fucking-3! How does THAT happen?

I’ll tell you how: the NC-fucking-AA.

NCAA refs, NCAA officials hammering State for recruiting violations and looking the other way when other schools do it (*cough cough* UNC), etc.

As for the YMCA, however, well, let me tell you a story 😉.

When I was in 9th grade, my friends and I played for the same YMCA basketball team, the Hoosiers.

We didn’t lose a single game that season. Not one.

Before Le’Bron made it en vogue to form basketball super teams, we Hoosiers were THE super team.

Well, until we got to the championship game, that is.

We lost to a tool bag called the Spartans.

They had a guy who couldn’t even hit the fucking backboard during a free throw (we called him “Woodstock”, because he wore high top Chuck Taylors and had long hair).

We had crushed those chumps twice during the regular season.

That championship game ended up being the only time I had ever fouled out IN MY LIFE.

Why? Because the damn YMCA refs were attempting a part-time Bird Box challenge on the court.

So yeah, while I think it’s silly to sue a sports league over an ignored call, I kind of hope the Saints fans win the suit.

Because if they do…NCAA and YMCA, I’m coming for ya!