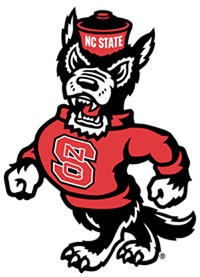 NC State basketball player Wyatt Walker has decided to leave the Wolfpack after one season.

“I’m disappointed,” Keatts told reporters, “but I appreciate all he did for the team. He’s a great man and I wish him luck in his future endeavors.”

Walker, as a graduate transfer, had one year of eligibility remaining.

When asked why he was leaving, Walker was quick to praise his teammates.

“I just want everyone to know that I love my teammates,” Walker told reporters. “They are absolutely not the reason I’m leaving.”

The real reason, Walker said, was that he was tired of fake news stories surfacing about him.

“I don’t want to deal with all these fake stories going around about me,” Walker added. “You can’t trust the media around here, or anywhere.”

“Would you believe some writer, Zach Younk or York or Young or some shit like that,” Walker said, “he actually told people that the reason we didn’t make the NCAA Tournament was because of my relationship with Lori Loughlin? That was absolute crap.”

“This ‘writer’ made some ridiculous claim that I was getting free hair products from Loughlin, but that’s ridiculous. Don’t get me wrong, I loved her in those Hallmark movies, but she never gave me any free product. I maintain this hair all by myself.”

Writer Zach Yonk could not be reached for comment.