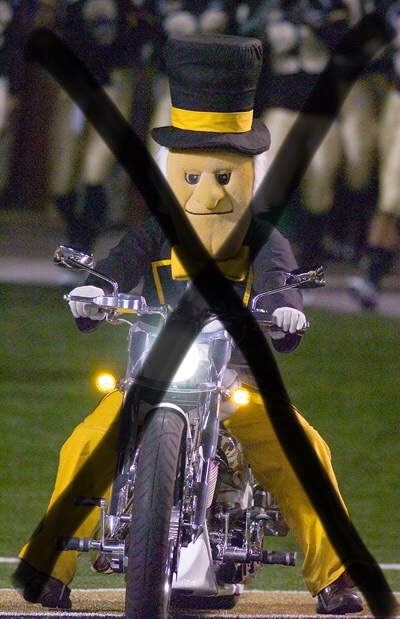 “We’ve studied the Wake Forest phenomena for several years,” Dr. Peter Venkman announced in a press conference. “There is zero conclusive evidence that the Deacons’ success against NC State has anything to do with a curse, or some sort of supernatural force.”

“I openly admit that there were times when I did think State was cursed, though. They lost to Wake’s third-string quarterback in football last season, for God’s sake.”

“Although it may have seemed like State suffered from some sort of Deacon hex at times, in the wake of last night’s comeback victory we can say with confidence that there is no curse,” Stantz said.

“If there was any sort of supernatural explanation, believe me, we would’ve found it.”

Many Wolfpack fans were relieved to hear the news.

“If the Ghostbusters say that there’s no curse,” one fan said, “then I believe them.”

“I feel a little silly for ever thinking there was a curse, even though we did lose to them in football and basketball this past year.”

Scott Polson, NC State fan and creator of the Tuffy Shrine, disagreed with the study’s findings and was quick to take the credit for the baseball team’s latest success.

“I don’t care what those scientists say,” Polson told reporters. “We won that game because I offered Tuffy an extra can of Busch Light before the game.”