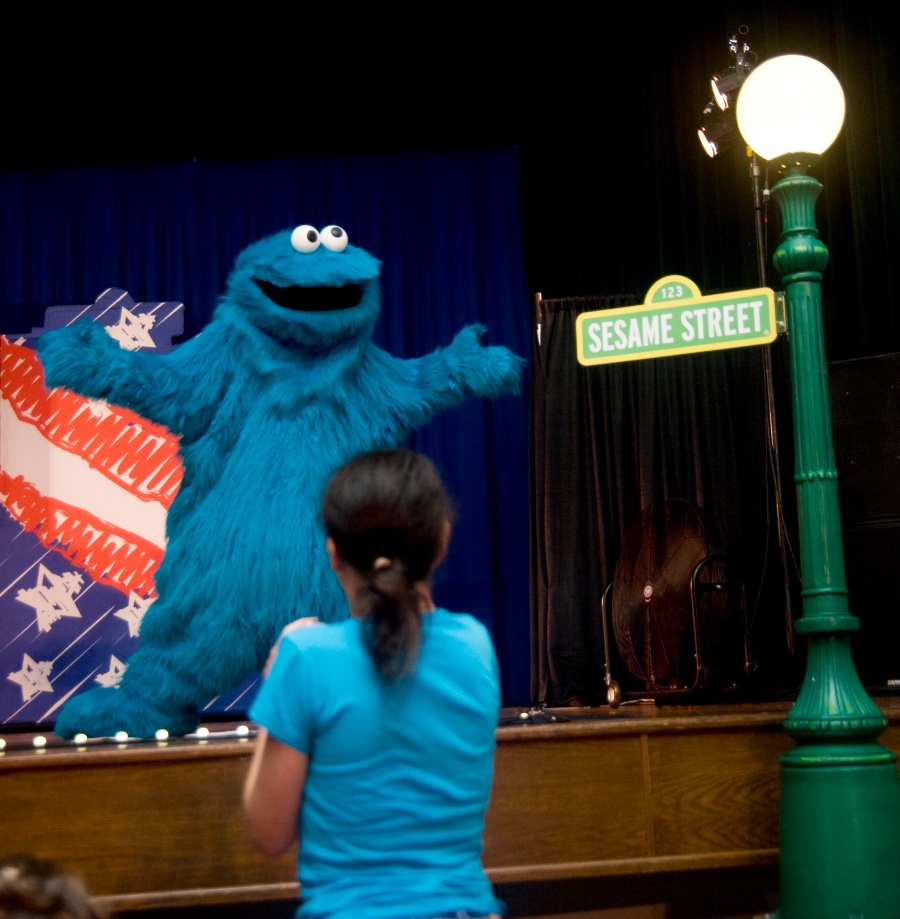 First it was the Genie from Aladdin who drew Cookie Monster’s ire, and now the sensitive creature has his sights set on the St. Louis Blues.

Following the Blues’ Game 5 victory over the Boston Bruins in the Stanley Cup Finals Thursday, Cookie Monster held a press conference to protest what he called the “cultural appropriation by a hockey franchise”.

“Blues synonymous with cultural appropriation. They must change team name or me start boycott with Papa Smurf.”

St. Louis fans were split on the issue, with some praising Cookie Monster and others saying he needed to calm down.

“To be fair, I’m not blue myself,” St. Louis fan Ziggy Walls told reporters, “So I don’t think I can really understand what Cookie Monster goes through every day.”

“I think we should consider changing the team name.”

Brad Clark, another fan, said he thought Cookie Monster simply had an ax to grind.

“He’s just bent out of shape because the team wouldn’t hire him to be their mascot,” Clark said. “Go back to Sesame Street, bro.”

Bruins wing Brad Marchand was asked about the controversy, but he refused to talk to reporters because he was in the middle of a tea party with Prairie Dawn.

Game 6 is scheduled for Sunday in St. Louis. The Blues currently lead the Bruins three games to two.