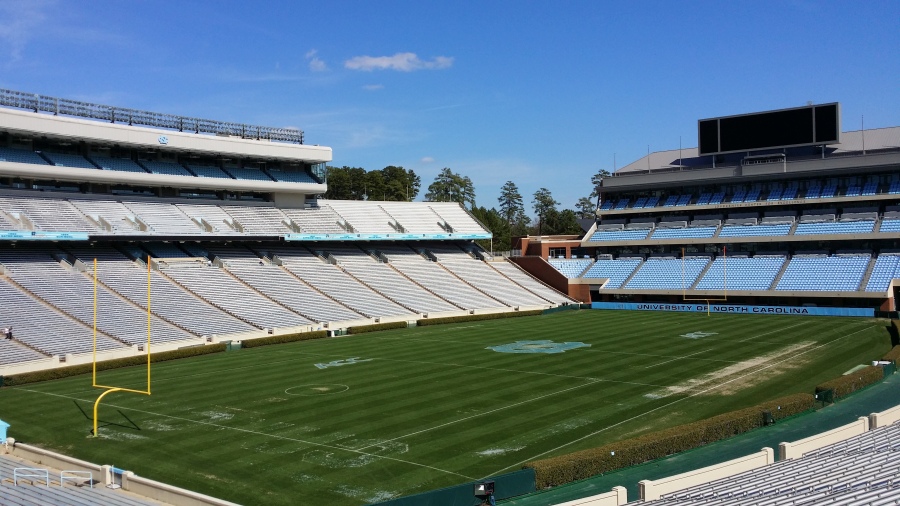 When the news broke Monday that the University of North Carolina at Chapel Hill would be allowing the sale of White Claw hard seltzer in Kenan Stadium for the 2019 football season, Head Coach Mack Brown couldn’t hide his enthusiasm.

“First we had the stadium renovations,” Brown explained, “and then we had the new turf put in.”

“Now we’re going to have White Claw in the stands, too? This sleeping giant is about to wake up, mama.”

“Sure, we got rid of a lot of seats,” Cunningham said. “However, with the sale of alcoholic beverages, especially that delectable White Claw, now legal, we can make up for fewer seats with rowdier fans.”

“All I know is that any time I drop by a sorority house, and they’ve got the White Claw flowing, then the party be popping like a popcorn machine.”

Brown said that he hoped to see an increase in sorority sister attendance, which he thought would lead to a louder atmosphere for the biggest Tar Heel games.

“Do you remember all those old Beatles concerts?” Brown asked reporters. “You know, the ones where you could barely hear the band because all those teenyboppers were screaming and cheering?”

“Well, imagine if those girls had been filled up with White Claw, and multiply that by about 20. That’s the new Carolina way.”

UNC’s home opener this season is September 7 at 8 p.m., when the Miami Hurricanes come to Chapel Hill, and Brown said he was certain the atmosphere at Kenan would be electric.

“What Hurricanes?” Brown shrugged. “Those boys are going to get pimp-slapped by the White Claw.”