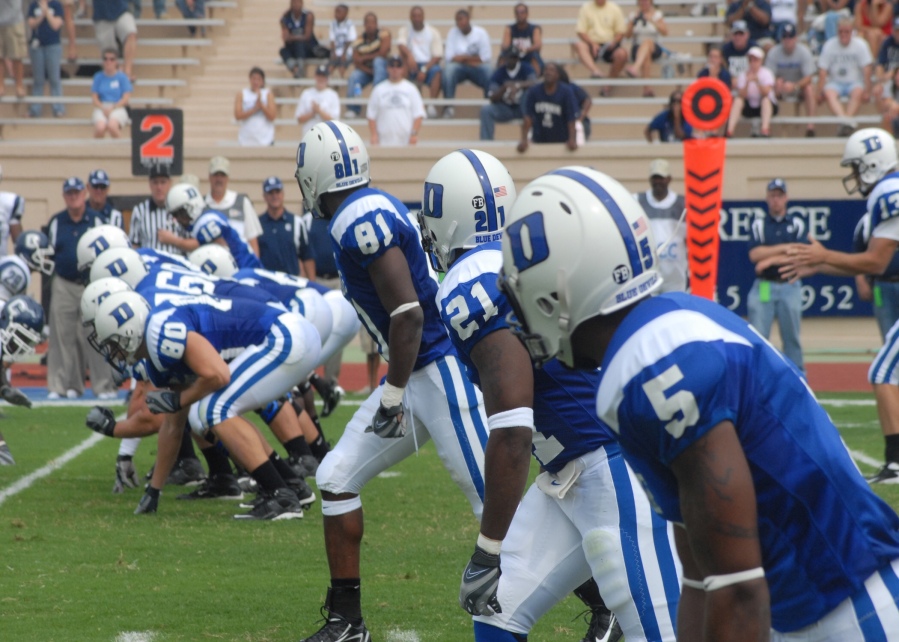 A writer for SI.com took an unexpected stance Wednesday when she referred to the Duke University football team as a “formidable” opponent for Notre Dame for the 2019 season.

In the story “Bold Predictions for the 2019 College Football Season”, SI writer Joan Niesen predicted that the Fighting Irish would be out of playoff contention early in the season.

However, the story created a stir when she named Duke, along with Michigan and Stanford, as Notre Dame’s “most formidable opponents.”

“The last time I heard the terms “Duke football” and “formidable” go together was when I was trying to score bootleg copies of Do the Right Thing for my friends,” Saban explained.

“And we have to play Duke this weekend. If they’re going to be tough for them gold helmets, then we’d better bring our A game.”

Current Duke Coach David Cutcliffe reminded reporters that the Blue Devils hadn’t been a dumpster fire in some time.

“This team has won three bowl games in the last four years,” Cutcliffe said, “and I’m not talking about no Galleryfurniture.com Bowl, either.”

Duke kicks off the 2019 season against 2nd-ranked Alabama Saturday in the Chick-Fil-A Kickoff Game in Atlanta at 3:30 p.m.