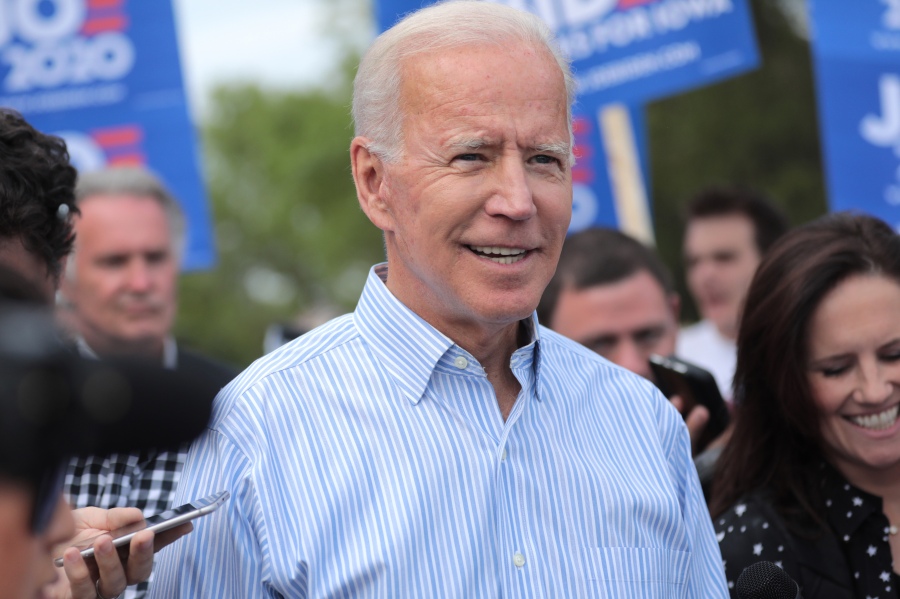 In a surprising move Tuesday, Democratic Presidential candidate Joe Biden announced that he would support Libertarian candidate Jo Jorgensen’s inclusion in the Presidential debates as long as she would allow him to sniff her hair.

Biden explained to reporters that he would enjoy having Jorgensen in the debates with him and President Donald Trump.

“I mean, you know the thing,” Biden said. “She’s a, well, a woman who’s, you know, running for office. She’s on the, uh, ballot in all 50-ish states. So she deserves a seat at the debate booth.”

“Although, in, you know, return, I’d really like to sniff that, uh, mane of hers.”

It was a stunning declaration from Biden after months of speculation involving him possibly skipping the Presidential debates, especially after Speaker of the House Nancy Pelosi suggested that Biden not debate President Trump at all.

One Democrat, however, did not approve of Biden’s comments.

Minnesota Democratic Senator and former Presidential candidate Amy Klobuchar told reporters that inviting Jorgensen to the debates was a bad move for the party.

“All we need is another third-party candidate that has no chance of winning showing up and possibly taking votes away from the Democrats,” Klobuchar explained.

“Besides, I hear that Jorgensen uses Pert Plus shampoo in her hair. Joe doesn’t get out of bed for anything less than Garnier Fructis.”