Do any of you remember this book?

If you were a kid in the 80s or 90s (this is just the FIRST book in a collection of three), then it’s likely that you got your mitts on this collection of spooky stories and urban legends, and by doing so you ran your parents’ electric bill up the wazoo by sleeping with the lights on.

As for me, this damn book kept me sneaking into my parents’ room until I was six…teen.

I blame my cousin. We’ll call her Cristina.

She introduced me to Scary Stories to Tell in the Dark when I was six years old. On the back cover it says “Ages 9 and Up.”

But no, give your not-nine-year-old cousin a copy of this book and expect him to sleep through the fucking night. Great call, cuz!

It’s not even the stories in this book that are scary (some of them are quite eerie, but the majority of them are not), but rather, it’s the illustrations that make your skin crawl.

Yeah, like you wouldn’t pee your pants if you ran into this specimen.

Illustrator Stephen Gammell sure had talent. He was also probably extremely disturbed, judging from his work.

The stories, coupled with the pictures, made nighttime especially uncomfortable for me.

Like “The Babysitter,” for example, the story of some psychopath who continuously harasses a babysitter by calling her from an upstairs telephone, telling her “I’ll be there soon.”

That story had me sleeping with a baseball bat next to my bed any time my parents went out and left me in charge of the house (but not anymore, because I don’t live in a house, also because I’m an adult…and I own a 12-gauge).

Word on the street is that a Scary Stories to Tell in the Dark movie is in the works, and Guillermo del Toro is attached to the project! Although I hope it doesn’t have any woman-on-sea-creature sex scenes in it, because I’m not into that.

But I would absolutely pay to see a Scary Stories film, as long as my wife understands that I may not sleep through the night afterwards. 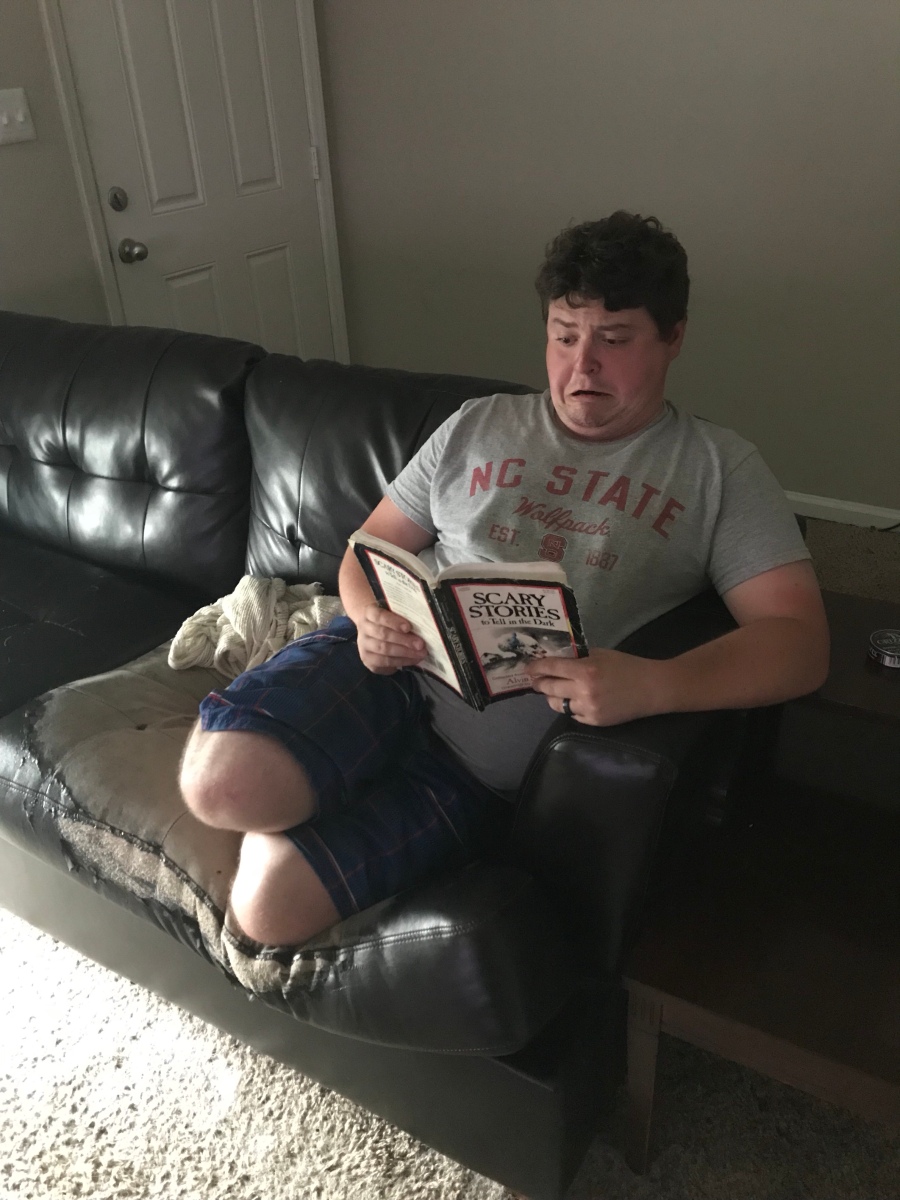