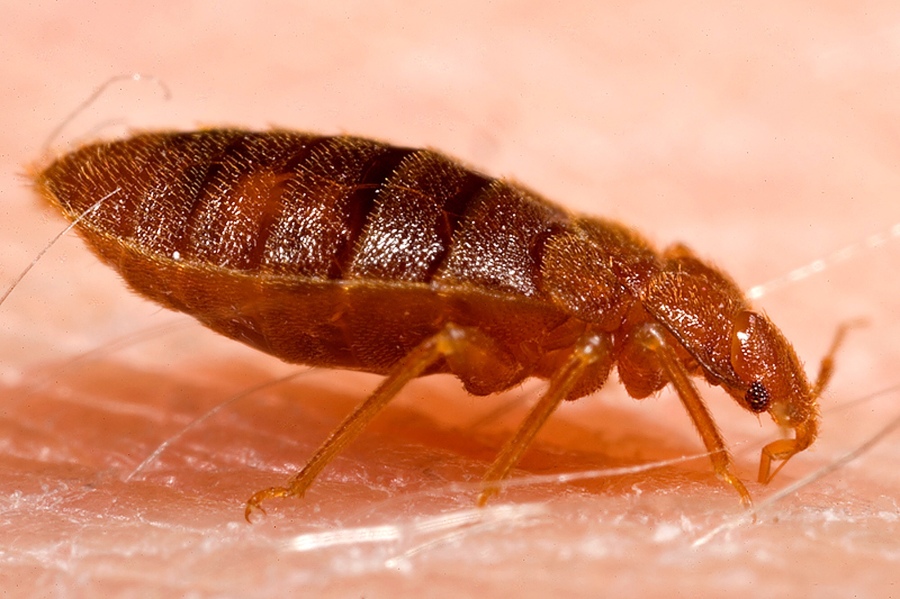 A local pest control inspector was suspended Monday after a customer accused him of planting bedbugs in his house.

Matt Donaldson, of the KED (Kill ‘Em Dead) Pest Company, was performing an inspection at Robert Brown’s house in Raleigh, when Brown says he noticed Donaldson acting in a suspicious manner.

“He was crawling around on his knees, and I saw him quickly reach into his shirt pocket,” Brown said. “Just a real quick motion, and then he looked down at his feet and picked up this little brown bug and started talking about how I had a damn bedbug infestation.”

Brown says he was especially upset at the news because he only scheduled the inspection as a precaution.

“I felt like something had been biting me while I was in bed,” Brown said, “but I know for damn sure it wasn’t any bedbugs. Then this inspector ‘finds’ one bedbug and starts trying to tell me I have to pay two grand to have my house treated? That’s some Law and Order garbage right there.”

Donaldson insists that he was just doing his job.

“I’m innocent,” Donaldson said. “People hear stuff on the news about crooked inspectors and then they just assume every inspector is corrupt. Not me, man.”

Chet Richards, KED manager, spoke with reporters in the wake of the accusation.

“We take these accusations seriously,” Richards said. “There will be an internal investigation into Mr. Donaldson’s actions.”

When asked what an investigation would entail, Richards brought up body cam analysis.

“As you know, all of our inspectors are equipped with body cameras at all times,” Richards replied. “We will examine the footage, and in the meantime Mr. Donaldson will be suspended without pay.”

“This is just another witch hunt for crooked pest control inspectors,” Forman said. “My client is eager to clear his name so then he can move past this.”